As Muslim parents, we strive to raise our children upon the teachings of Islam. Islamic Studies for Kids represents the perfect opportunity to put them on the righteous path and become true Muslims.

If you are a Muslim who lives in a country where the majority of the population are not Muslims, your children may be Muslim by birth but they know nothing about their religion.

Learn Islam for Kids helps them get to know their religion, understand its greatness, and instill the love of Islam into their hearts.

Since learning Islam is crucial for every Muslim kid, Top Quran Classes offers the best, most convenient, and affordable Islamic Studies online classes.

Through our “Islamic Studies Program”, your kids can learn various Islamic studies including but not limited to pillars of Islam, Fiqh, Aqidah, Tafsir, Hadith, Dua (Supplication), Islamic Manners, and Seerah of the Prophet Muhammad (PBUH).

Through 1-to-1 online Quran classes, our Islamic teachers start with your kids from the basics of Quran and beliefs of Islam to advanced Islamic knowledge.

As Islamic knowledge is divided into several sectors, we present to you the top 5 Islamic Studies for kids…

Learning the five pillars of Islam is the most important Islamic studies for kids. It represents the cornerstone of our religion, Islam.

Shahada (Declaration of Faith), Salah (Daily Prayers), Zakat (Charity), Fasting during Ramadan (Sawm), and Hajj (Pilgrimage to Mecca), are the 5 pillars of Islam. They are the most basic and essential stage to learn Islam for kids.

(The superstructure of) al-Islam is raised on five (pillars), testifying (the fact) that there is no god but Allah, that Muhammad is His bondsman and messenger, and the establishment of prayer, payment of Zakat, Pilgrimage to the House (Ka’ba) and the fast of Ramadan.

The Shahada (Declaration of Faith)

“The Shahada” is the first pillar of Islam. It’s a declaration of belief in the oneness of God (Tawhid) and the acceptance of Muhammad as God’s prophet. In its shortest form, reads (from right to left in Arabic):

This means that in order for a person to be Muslim, he/she must admit with the conviction of the heart and mind that there is no God but one God, and that’s Allah who is the one and only God of all. 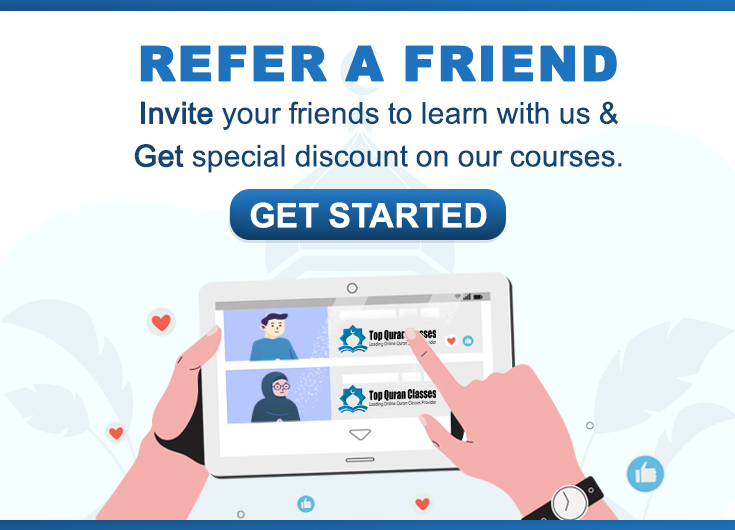 “Salat” or “Salah” which consists of the five daily obligatory prayers represents the second pillar of Islam. It entails great spiritual, physical, and mental benefits.

Moreover, perform Salah or Daily Prayer is the ideal way to thank and remember Allah (SWT). Allah Almighty says in the Holy Quran:

Establish prayer, pay alms-tax, and bow down with those who bow down.

“Zakat”, “Zakah”, or “Almsgiving” is the third pillar of Islam. It’s the compulsory giving of a set proportion of one’s wealth to charity.

MUST READ:  How to Get Quran Ijazah Online Easily

Zakat is considered as a type of worship and of self-purification and fosters qualities such as sacrifice and generosity.

By giving Zakat, Muslims acknowledge that everything they have is Allah’s and we do not really own it, and we should use it to remember Allah and help those who are in need.

“Sawm” or “Fasting” during the 9th month of the Islamic calendar, the month of blessed Ramadan, is the fourth pillar of Islam. Muslims fast every day in Ramadan from the break of dawn until sunset.

Fasting during Ramadan includes abstinence from food, drink, and sexual intercourse. One must also be physically and mentally able to fast.

Allah (SWT) commanded us to fast during Ramadan as says in the Holy Quran:

O, believers! Fasting is prescribed for you—as it was for those before you—so perhaps you will become mindful ˹of Allah˺.

The Hajj (Pilgrimage to Mecca)

“Hajj” or “Pilgrimage to Mecca” is the 5th and last pillar of Islam. It’s an obligation upon every able-bodied and financially capable Muslim, both male and female.

The pilgrimage to Mecca, Saudi Arabia, occurs annually in Dhul-Hijjah, the twelfth month of the Islamic calendar and involves certain rituals that Muslim must perform.

The second top Islamic studies for kids is “Quran learning”. It’s an integral part of daily life for Muslim children.

Learn Quran for kids plays a critical role in learn Islam for kids. The holy Quran is the miracle of Islam, words of Allah (SWT), the ultimate guide to the righteous path to succeed in this life & hereafter.

The Quran is the source of all knowledge and Allah (SWT) has revealed it to the prophet Muhammad (PBUH) in Arabic language. So, kids living in non-Arabic countries like the USA, UK, Canada, etc, may find it challenging to learn Quran online.

Aiming to help every Muslim family to get this essential Islamic studies for kids, Quran experts at Top Quran Classes has prepared the following 4 steps to learn Quran online for kids simple & easy: The first step into learning Quran for kids is to learn the Quran reading basics, how to read Arabic alphabet, the forms of letters, Arabic words, and Quranic verses. Learning Quran Recitation for kids online is the second step when your kids learn how to recite Quran online correctly and get trained on Quran phonetics. In the third step, kids masters the Quran recitation with Tajweed and become able to recite the Quran perfectly without errors. Learn Hifz Quran for kids online is the fourth and last step when your children will be able to recite the whole or part of the Quran by heart without reading from a Mushaf. They will keep the Quran in their memory and heart as well.

MUST READ:  Learn Quran with Tajweed Online in 2021

The third top Islamic Studies for kids is Hadith. It’s the second Islamic guidance source after the holy Quran. While the Quran often deals with the subjects in brief terms. The Hadith of Prophet (PBUH) contains its details and particulars. In this regards, Allah (SWT) says:

˹We sent them˺ with clear proofs and divine Books. And We have sent down to you ˹O Prophet˺ the Reminder, so that you may explain to people what has been revealed for them, and perhaps they will reflect.

Hadith (pl. Ahadith) are the sayings, actions, or the tacit approval of the Prophet Muhammad (PBUH) that were reported by his companions.

Studying Hadith is a great way to learn Islam for kids and better understand what they read and memorize from Quran. It also instills the love of the prophet Muhammad (PBUH) into their hearts and makes them look forward to Him.

Sira or Seerah is the study of the life of the prophet Muhammad (PBUH). It covers his day to day life, interactions with companions and family, his role as a leader, as well as his characteristics and mannerisms.

The more your kids learn about the life of the Messenger of Allah (PBUH), the more they learn about his devotion to Allah (SWT) and his concern for all of humankind. This results in an appreciation and a love for the Prophet (PBUH) which will encourage them to follow his Sunnah.

The 5th and last top Islamic Studies for kids is learning Dua (Islamic Supplication). It’s one of the best and easiest ways to worship Allah (SWT) and can be performed anywhere anytime in the day.

Allah (SWT) is not far from us but actually so close and answers our Dua’a. We should make Du’a and leave the rest to Allah Almighty. In this regards, there is a verse (Aya) in Quran that says:

When My servants ask you ˹O Prophet˺ about Me: I am truly near. I respond to one’s prayer when they call upon Me. So let them respond ˹with obedience˺ to Me and believe in Me, perhaps they will be guided ˹to the Right Way˺.

In this type of Islamic Studies for Kids at Top Quran Classes, your children will learn how to make dua in Arabic, the etiquette of Dua’a, and so many daily Du’as and Azkar for different situations and occasions.

Hurry up and get your kids registered in our Islamic Studies for kids program and start to learn Islam for kids FREE by booking 2 free trial classes. 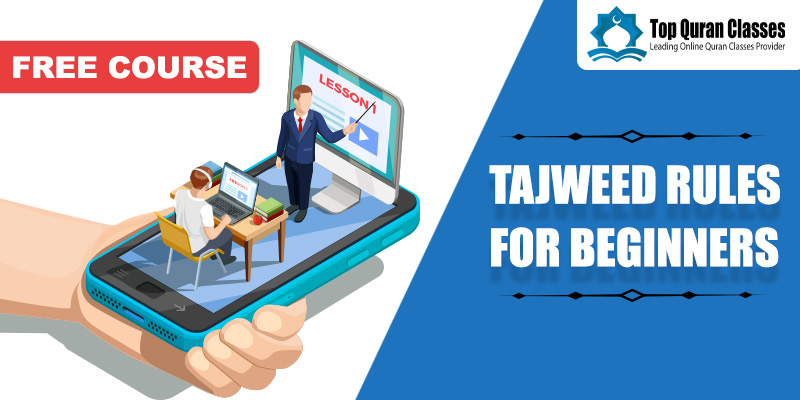 Fill in the form below & Get access to Tajweed Rules for Beginners Course for FREE.